Lenox was platted in 1871, after the completion of the Creston to St. Joseph Branch of the Chicago, Burlington and Quincy Railroad.  During the year of 1872 a few homes and buildings were completed.  Historians named N.J. Allen, A.S. Beymer and G.L. Brooks were the first settlers.  A petition for incorporation was presented to the county court on May 25, 1875.

Records show that the town was first called Summit.  A former editor of the newspaper relates that the town was named Lenox for the only daughter of a vice president of the railroad company.  Legend exists, also, that a team of oxen had a part in naming the town.  As the team was being driven near a building, one leaned over to rub himself, giving rise to the term “Lean-ox”, which was shortened to “Lenox”.  An early settler stated that the brakeman on the train called out “Lean-ox” as the train neared the depot.  Some have written that the teams of oxen were so thin when the settlers arrived that the term “Lean-ox” originated from that circumstance.  Regardless of how Lenox received it’s name we are proud of our thriving community.

Every town has its strange and outdated laws; Lenox is no exception.  In the early years “Any person who shall fly any kites, or shall roll any hoops on any street, alley or avenue devoted to business, or on which there is much travel, or shall participate in any sport of exercise likely to scare horses, injure passengers or embarrass the passage of vehicles in the street, shall be subject to a fine.”

Lenox had it’s first two-room school built in 1874 with 25 students.  The fall term enrollment was up to 62.  In 1912, a new brick building replaced the one of 30 years before, serving all grades through high school.  A new high school was dedicated in 1968 at the Southeast edge of town.  Progress was again seen in 2005, with the addition of a new elementary building that connects to the high school.

A fire committee was appointed by the mayor and council in May, 1910, with authority to organize a volunteer department.  The men were to meet regularly, the last Monday evening of the month, to learn how to handle the equipment.  Each was to be allowed $1 for attending and helping at a fire.  Today the fire department has state of the art fire equipment.  Ambulance service is also provided; both are on a volunteer basis.

The Lenox and Clearfield telephone company was formed in 1900.  This company was sold in 1928.  Leo Hale, Division Manager for the Western Light and Telephone, lived here and used his influence to hurry along this service.
A petition was brought before the council on July 12, 1911, for waterworks.  The west lake, as part of the project, was built in 1913.  A dam was built to impound a larger area of water to the east in 1922, and then a third lake was built south of these two in 1969.

The first unit of the Municipal Light Plant was built in 1932.  In 1960, the utility built 11 miles of line and a new sub-station north of the water tower to purchase off-peak from a cooperative line.  A second sub-station was built in 1970.

The Lenox Library was started in 1941 in two small rooms.  Now at its present location at 101 N. Main Street, the library is meeting the needs of all residents from leisure reading, genealogical searches and computer and internet access.

A $300,000 bond issue was approved June 15, 1967, for a natural gas system.  Lenox has a lagoon system that other cities are using as a model for their communities.

The Lenox Time Table was founded almost as soon as the town and has had a continuous existence.  H. Lupton was the first owner.  Lenox has seen other papers but The Time Table has held steady and strong.
Lenox is the home to several large industries.  With these businesses and the community’s drive and determination to thrive, Lenox sports a population of 1,400+ as of the 2000 census.  Today, Lenox is leading the way in Southwest Iowa in the renewable wind generation market with the construction of a wind turbine.  The Lenox wind turbine is owned and operated by Lenox Municipal Utilities.  This renewable energy unit produces about 11% of our community’s energy.  The turbine was installed in a three month time period, generating energy for the first time on November 22, 2003.

Visit Lenox and experience the Bright Lights and Shining Hospitality of the past and present.

* Much of the information was obtained from the Centennial History of Lenox, Iowa 1872-1972 publication. 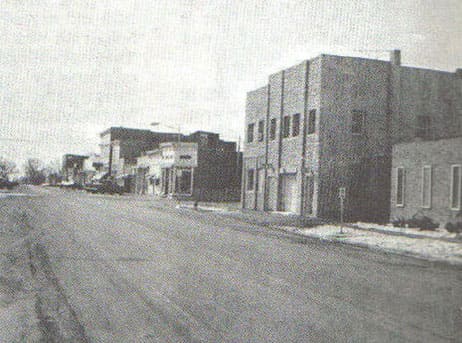 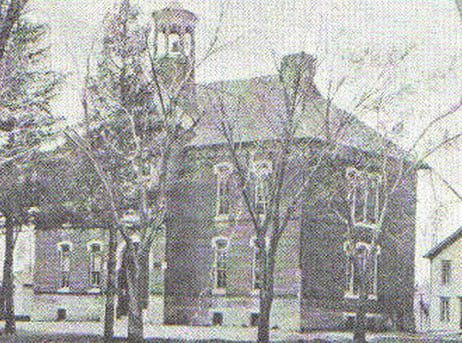 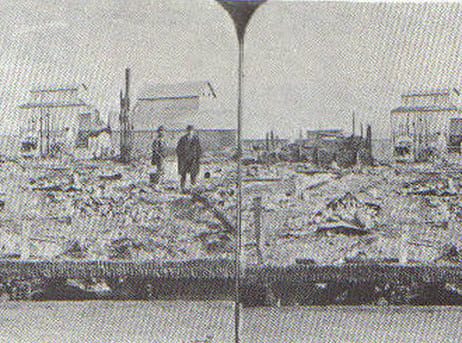 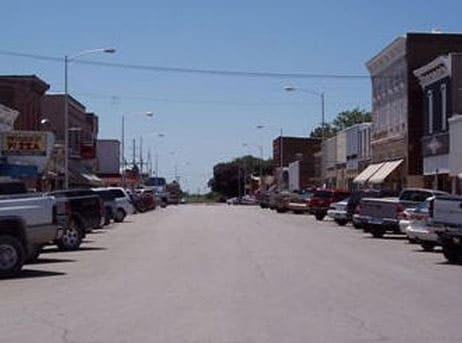